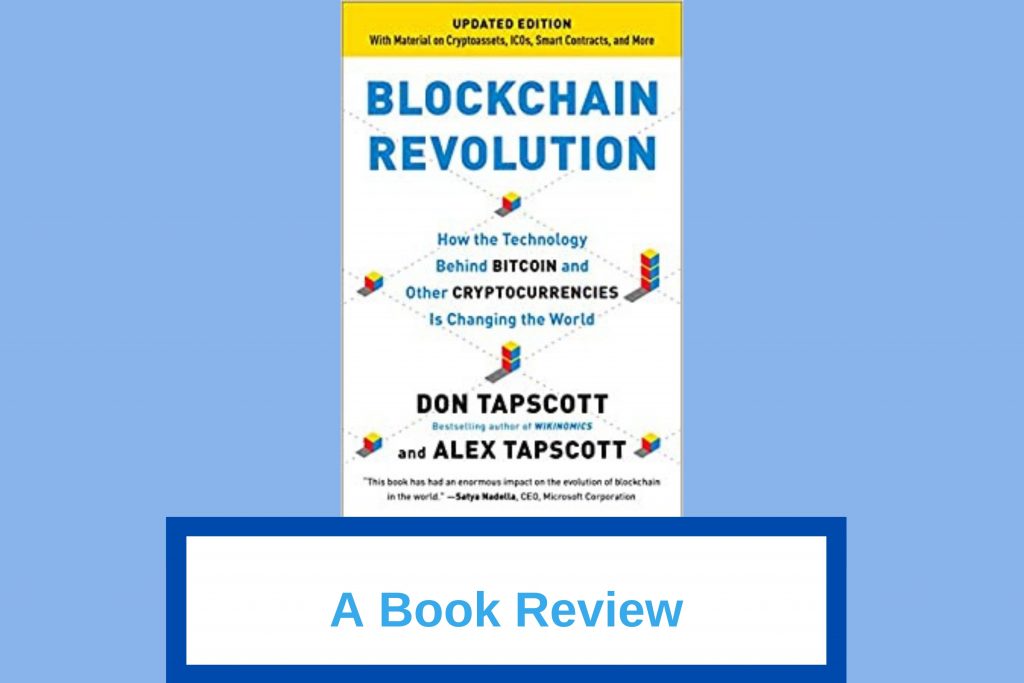 So, I’m going to sound pretty stupid probably saying this, but I just think this book is a lot of hooey. Let’s see what I wrote in my journal after a couple of days of reading this book.

When I started out, I said, “Wow, this book I’m reading about blockchain is fascinating. I’m trying not to get too excited by it, but it does seem promising.” This is right from my journal. I keep a journal.

“The authors go so far as to suggest that blockchain and its spawn, such as smart contracts, will create a more sustainable economy, protect our privacy and assure creators are paid for their work. And encourage diversity, even the playing field.” … Where have you heard that before? … “Eliminate the middleman. And then I start to wonder, am I being sold something? Yet, I’m hopeful there’s something in all of this. Keep an eye on it, right?” 🙂

[spoken] “Shall we sing Kumbaya?”

That’s what I wrote. Literally word for word.

Now, three days later, I write a few things that don’t have anything to do with this. Then I say “This bitcoin/blockchain book feels like some kind of political speech or worse, like a PR campaign for the wonders of cryptocurrency.” Okay. Next page. “Nevermind that it uses more energy and thus produces massive amounts of carbon than most third-world nations, probably all of them combined.” Maybe. I don’t know. I really don’t know, but it uses a shitload of energy. “But they assure us that they are working on that.” Somebody is working on that. Gee, promise? Right. And the check is in the mail. Do you remember what a check is? Have you written a check lately?