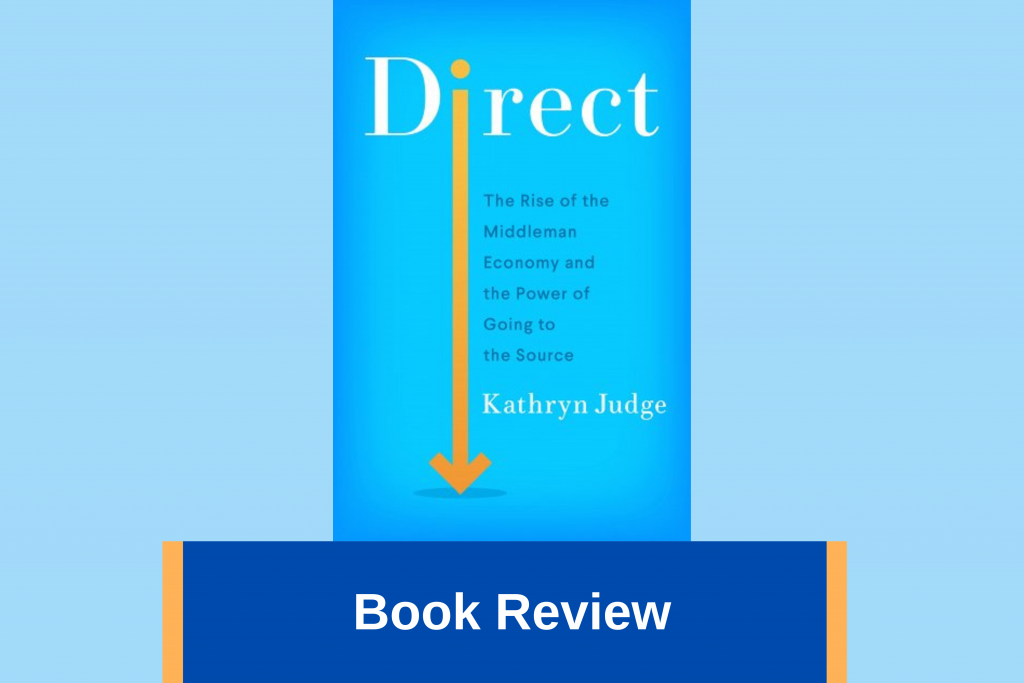 Hi! Today, I’m reviewing Direct. I’m just gonna go ahead and tell you about this book in general, because I didn’t read it entirely from front to back all the way through, because essentially it’s preaching to the choir at this point. I mean, I agree with everything that’s in here pretty much. And I primarily wanted to read this to get to the potential solutions to the problem, the problem, of course, being the middleman that we are always dealing with now. And we are just so used to it that we don’t even think about it anymore. It’s just what we do. And I’ll just read you this one part. She talks about how … the author is Kathryn Judge, and she talks about how Amazon was built on the Walmart model of selling things cheap.

Yet, focusing just on the competitive threat that Quidsi and Zappos posed at the time Amazon acquired them understates the impact of those acquisitions. Part of what has enabled Amazon to be so successful is that it is always looking ahead. It uses its remarkable wealth of data about what people are doing right now to plan what it should be doing next–and to understand possible threats to its dominance in the future. As antitrust experts Scott Hemphill and Tim Wu explain, acquisitions of nascent competitive threats–companies that may or may not be competitors today, but that could pose a serious threat in the future–can have a particularly pernicious impact on competition and innovation. Thanks to Amazon buying Quidsi and Zappos when it did, no one will ever know just how great a threat to Amazon’s dominance they may otherwise have become.

Amazon has also used acquisitions to disadvantage competitors in other ways. Recall Kiva, the robotics firm that Amazon acquired to increase the efficiency of its warehouses. Before being purchased by Amazon, the company sold robots to a number of e-commerce companies. And in the process of negotiating the merger, an Amazon executive assured Kiva’s founder that Kiva could continue to sell robots to other companies, including Amazon’s competitors. The founder had spent years cultivating those relationships and those customers had come to rely on Kiva, so this assurance was important to him. Yet, within a couple of years of that acquisition, Amazon changed its mind (or revealed that it had contrary intentions all along), and it incrementally precluded Kiva from selling its robots to other companies, even long-term clients that relied on them. This maximized the competitive advantage Amazon gained from the acquisition, but only because Amazon handicapped competitors alongside improving its internal operations.

Yes, someone promised we could publish non-exclusively to our hearts content, then (lo and behold!) changed the rules on us. Mmm. Very trustworthy, right? 🙂

The antitrust laws to put it in a nutshell have been reinterpreted over time to value consumer benefit at the expense of reigning businesses in that are becoming too powerful.

And with a company that owns a good portion of the internet, how powerful is that? Way too powerful. Anyway, there are many great things in this book and I recommend everybody read it for that reason and I wanna get to the conclusions because like I said, that to me was the most important part.

If you are feeling bold, consider writing a letter—or perhaps an email—to your elected officials. From limiting the scale and scope of the largest middlemen to subsidizing the development of direct alternatives and bringing about the structural changes needed to enable real transparency, there are a lot of tools that the government alone can wield. The best way to get Congress, state legislatures, and other policy makers to take action is to let them know you care.

Sharing frustrations and success stories with others, and learning from their experiences can also be helpful. If you have a direct producer that you think is great, tell your friends. Or post it on social media. I would love to see the various ways that you go to the source, whether it is a new experience or something you have been doing for a long time, but now see in the new light.

Talking to friends, spreading the word about buying direct. Word of mouth, right?

Being an indie author, not exclusive to Amazon and with only a few books out and not writing ten books a year is also very hard. I’m just saying. And …

The stories told here are but a tiny slice of the myriad, beautiful ways that people are already going to the source. Small changes can add up to big results.

Well these are very hopeful words and I’m going to continue to hope that that we’re all not going to end up just buying from this one company, everything. That’s it, that’s all. Buy Direct. I mean that in more ways than one! Thank you for listening and I’ll talk to you later.

The other big thing of the 2010s who is the rise of platforms, such as GoFundMe. Platforms serve many of the economic functions long played by middlemen. Platforms such as eBay, Etsy, and Kickstarter help people with complementary desires to connect and otherwise reduce the many barriers that stand in the way of mutually beneficial exchange. Many also provide specific services akin to those provided by traditional middlemen, such as aggregating reviews and facilitating the safe flow of money from one party to another, so they are a type of middleman.

FIVE PRINCIPLES FOR POLICYMAKERS, COMPANIES, AND THE REST OF US

POLICIES THAT PROTECT PEOPLE NOT MIDDLEMEN

The middleman economy was never inevitable and policymakers deserve some of the blame for allowing me to grow and morph as it has. For far too long, policymakers have tended to protect and promote this system. Sometimes this was the result of self interest; other times, it was a by-product of the wealth of information and resources that middlemen bring to the table. Changing these dynamics is not easy, but it is possible.

PS: And remember, indie authors, that we also bear responsibility.

There someone else said it! 🙂 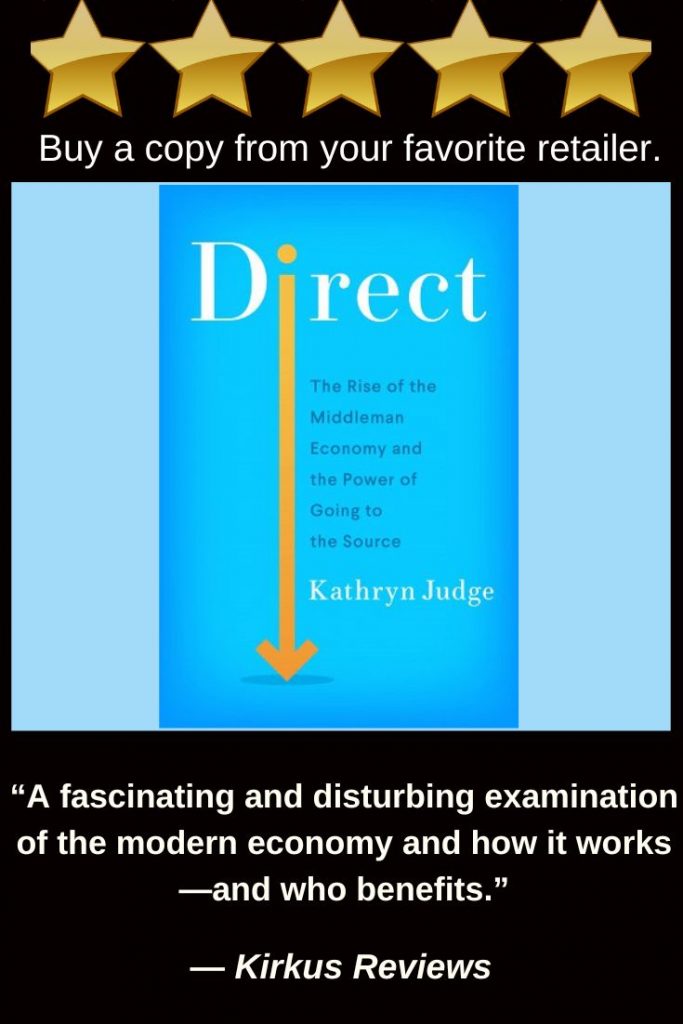 Places where you can buy this book include:

Buy it from Barnes & Noble.

Or buy it in print from my bookstore.

You can by it from Hudson Booksellers.

Finally, you can buy it from Google Play.

Hey, some of those links are affiliates, okay? 🙂

Any thoughts? Please leave them in the comments.

And OMG! This is awesome! 🙂