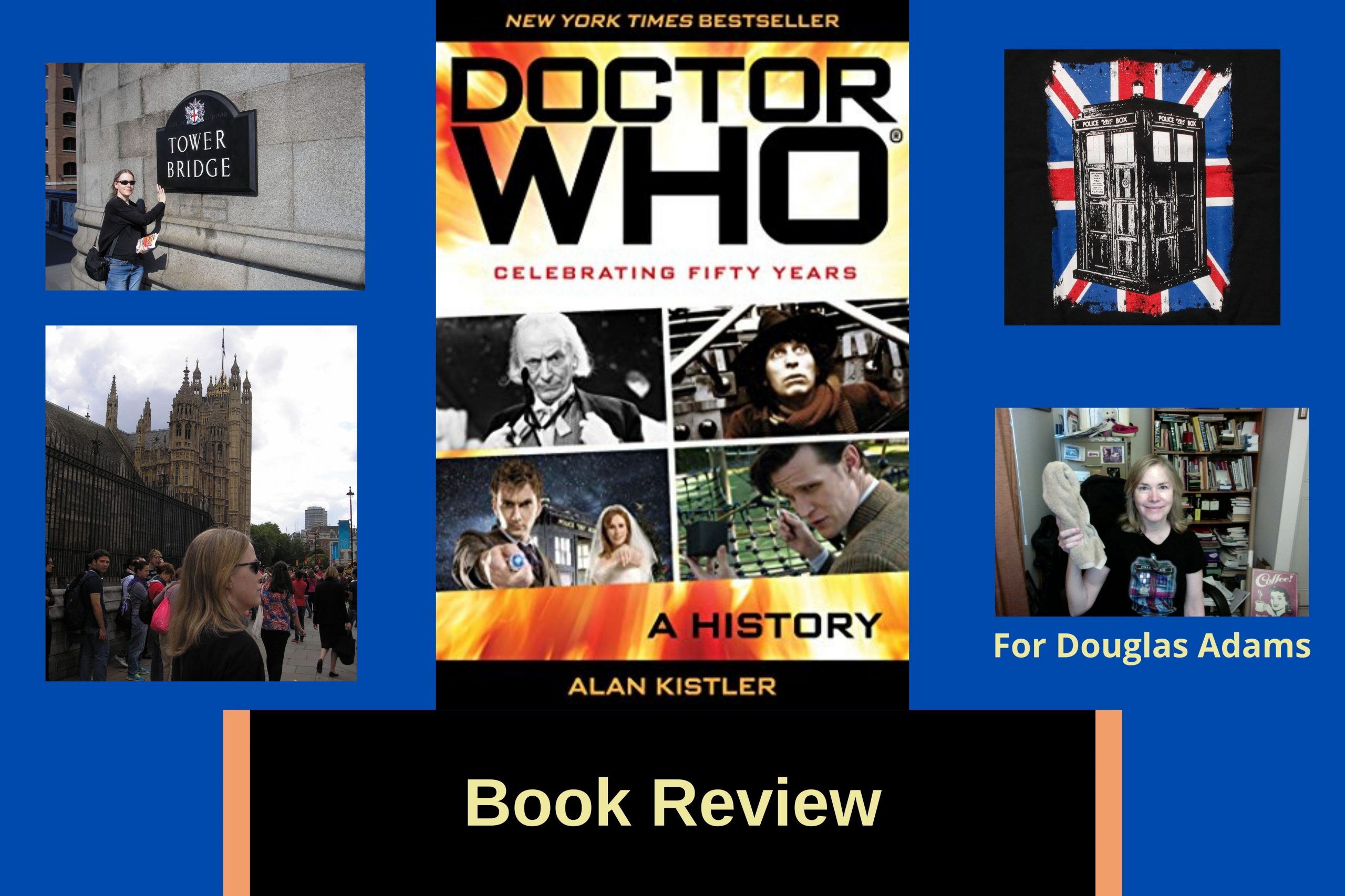 Hi, everyone! 🙂 Well, I said this would be a two-part review for this book, Doctor Who: A History, and I gotta tell you, I finished this and it is absolutely amazing how well this franchise has held up over the years, even when it went into its hiatus, you know, went out of production, the show continued in the form of comics, radio plays, this sort of thing. It’s just absolutely amazing.

And there’s just so much to love about this book. I will say that it ends with Matt Smith, who—and I did not realize this—was the youngest person to play the Doctor. And there were actually doubts about whether he would do a good job and he did a great job, of course. So there was all this speculation about who the next doctor would be in the book.

And they mentioned a woman doctor, the controversy or whatever over having a woman doctor, you know, not everyone agrees. Apparently Peter Purves who had played Steven Taylor opposite William Hartnell remarked, “What would be so wrong with having a woman in the role?” Good for him. “Sylvester McCoy told me, ‘I wonder sometimes if Doctor Who would lose some fans with a woman in the role, but we need more equality among the sexes because it isn’t there yet.'” He goes on to say it would be interesting and they should try it. Well, Sylvester, um. And I love Sylvester McCoy, by the way. I think he’s just great. There were parts in there where he said things that just made me laugh out loud. Anyway, there is a lot to love about this book and not the least of which was discussions like that one.

And one thing they did, somebody said … I like this. Actor Lisa Bowerman said, “I don’t think there’s a good reason the doctor can’t be a woman. I don’t think we should fixate on it either. We shouldn’t cast someone just to have a woman doctor or a black doctor or an Asian doctor. If it works well dramatically and it’s the right person, then yes. Why not cast that person?” But she goes on to say at the very end, “The Doctor can be anything except–and I don’t mean this to be offensive–anything other than British in character, atmosphere, and sensibility.”

I think it’s safe to say that we can all rest assured that the Doctor will never be an American. And thank goodness for that, right? I guess. It’s such a totally British show and a real credit to the BBC, to Britain, to entertainment, period. It’s just a great book, too. It really, really is. So I highly recommend it for anybody who loves Doctor Who or would like to get to know the show better. Would like to get to know what it’s like to create a television show like this better. It’s fantastic. Brilliant! Thank you. And that is all. 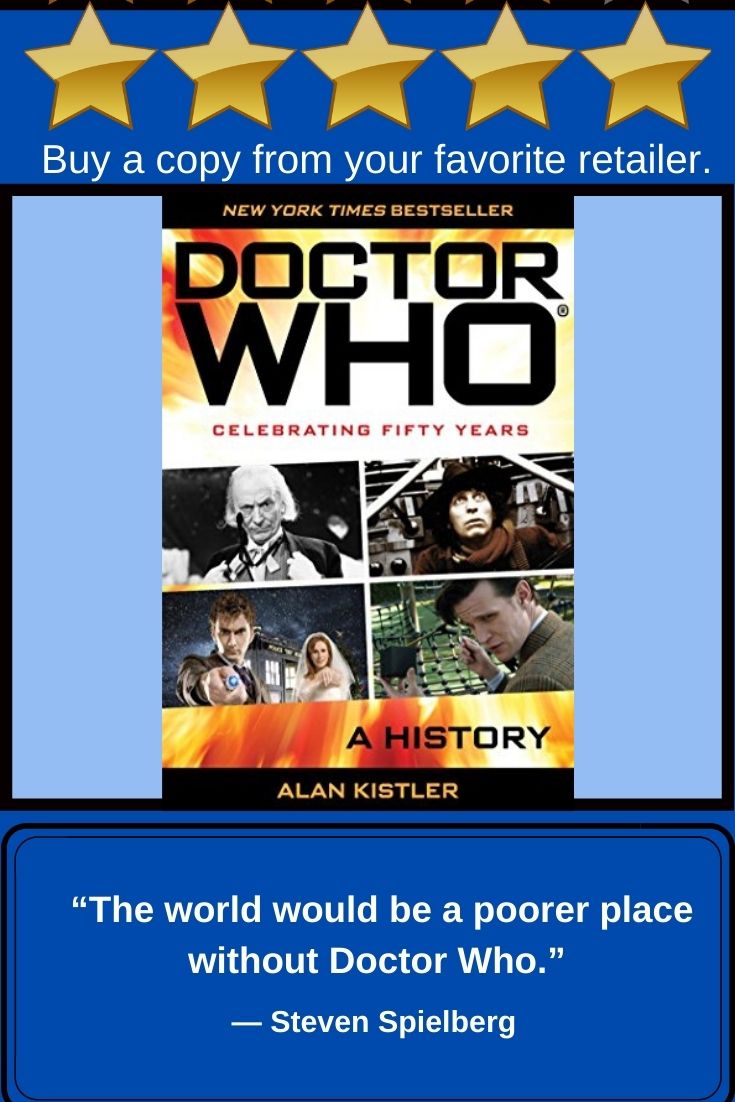