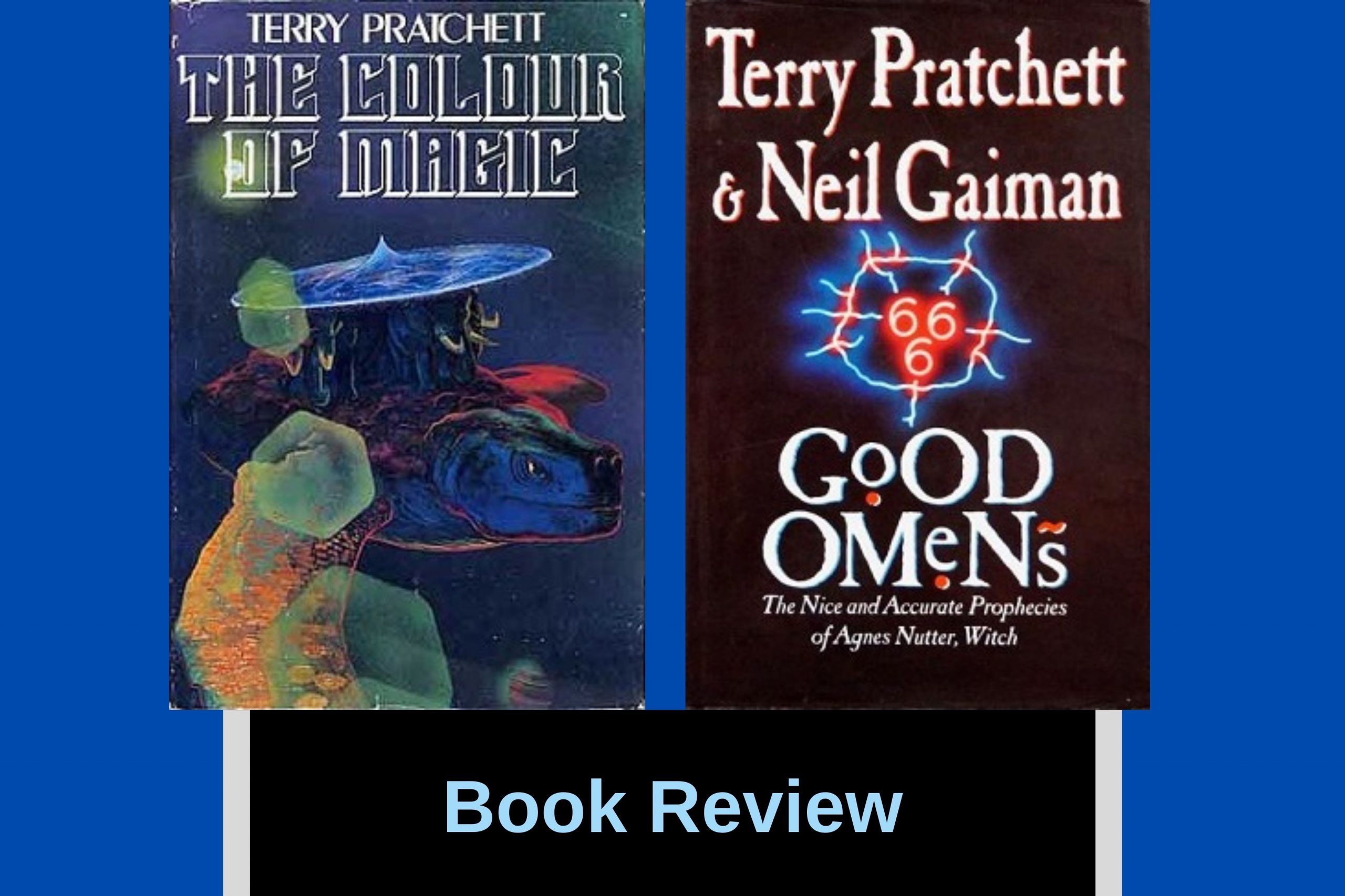 Hi! Today I’m going to review two books, actually. First, Terry Pratchett’s The Color of Magic. This is the first in his Discworld series.

And I had forgotten, I actually read this a while back and I wanted to read it again once I got started, because I couldn’t remember what happened to Rincewind and the walking luggage. Yes. The walking luggage on the Discworld. You know, the Discworld? It’s on the back of four elephants that are standing on this sea turtle floating through space? Sure. You know about that, right? Or, if you don’t, perhaps you should read Terry Pratchett’s Discworld novels, because they’re great. And they have stuff like that in there. And that’s how I got used to the talking monkey in The Umbrella Academy. By reading stuff like this. Okay. I just thought I’d throw that out there, because next up is Good Omens. Okay. I’m not even sure how I can put this into words.

I really loved this book. I read the Saturday section on Sunday, just like that. I mean, I basically just sat down and gulped the whole thing down. I thought my eyes were going to burst into flame, at one point. I was just so enthralled with this book. And it’s funny, and it was written by Neil Gaiman and Terry Pratchett. And now I want to read Neil Gaiman because I’ve read Terry Pratchett. I want to read more of Terry Pratchett, of course, but wow! Good Omens, good book. More than good, great book. If you like fantasy and humor, these guys are great and they’re both British, so there’s, especially in Good Omens, there’s a lot of references to Americans, and I welcome them. Thanks, guys! 🙂

Thanks. And I’ll talk to you later.