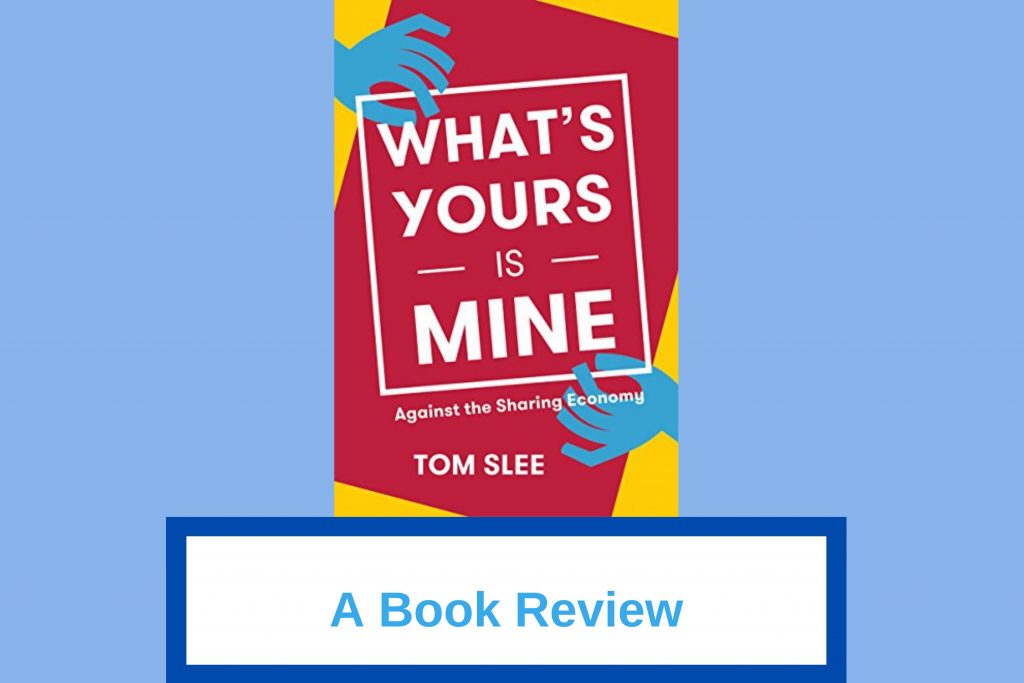 Hi! Today, I’m reviewing What’s Yours is Mine by Tom Slee. You can’t really see the cover, but you get the idea, I think. And so in any case, I did like this book and you’ll hardly be surprised by why, if you have been listening to or reading any of my stuff lately.

In any case I did want to read a couple of passages because I thought that they would give you some insight into why I liked this book. Here’s one of their conclusions. This new world, the sharing economy, which is largely created and governed by Silicon valley. That’s his contention in here. I want to start off with that. So it’s basically based on tech, big corporations, that sort of thing. So …

This new world can be good for us in our role as consumers, but it is bad for producers and distributors who are trying to make money from their work and who now become portrayed as obstacles to progress. Open source developers are often in a relatively good space in that they can get paid for working in the new businesses that surround open source software, but for journalists, photographers and filmmakers, the message for them is that they have to give up the idea that they somehow deserve to be paid for their work. The new world is best of all for the Web 2.O platform owners who have every reason not to ask themselves whether what they have delivered fits what they promised.

I will add to journalists, photographers, and filmmakers, writers, especially indie authors. And I’m talking about indie authors now, not Amazon exclusive. Okay. Here’s another passage that I thought was good.

The changes brought on by the rapid growth and focus of the sharing economy giants has led even supportive organizations to wonder about its future. Ouishare is a French-based global community built around ideas of collaboration and with a strong technological focus. It was one of the leading organizations promoting the sharing economy in its early years. But the theme for its 2015 conference was “Lost in Transition?” Neal Gorinflo, I’m sorry if I’m mispronouncing that, of nonprofit Shareable writes that the theme “brought the elephant in everybody’s room to the fore–the gaping contradiction between the utopian possibilities and the hyper capitalist realities of the sharing economy.”

Well, that just gives you some idea and it’s a wake-up call to anybody who thinks about all this sharing and what’s really going on with this. I won’t go into all the details. I mean, it’s about, it’s about the, the economics of the system, which evades regulation while purporting to be about community when it’s really about somebody’s platform. And I won’t name names, I don’t have to, do I? I I’ll talk to you later. 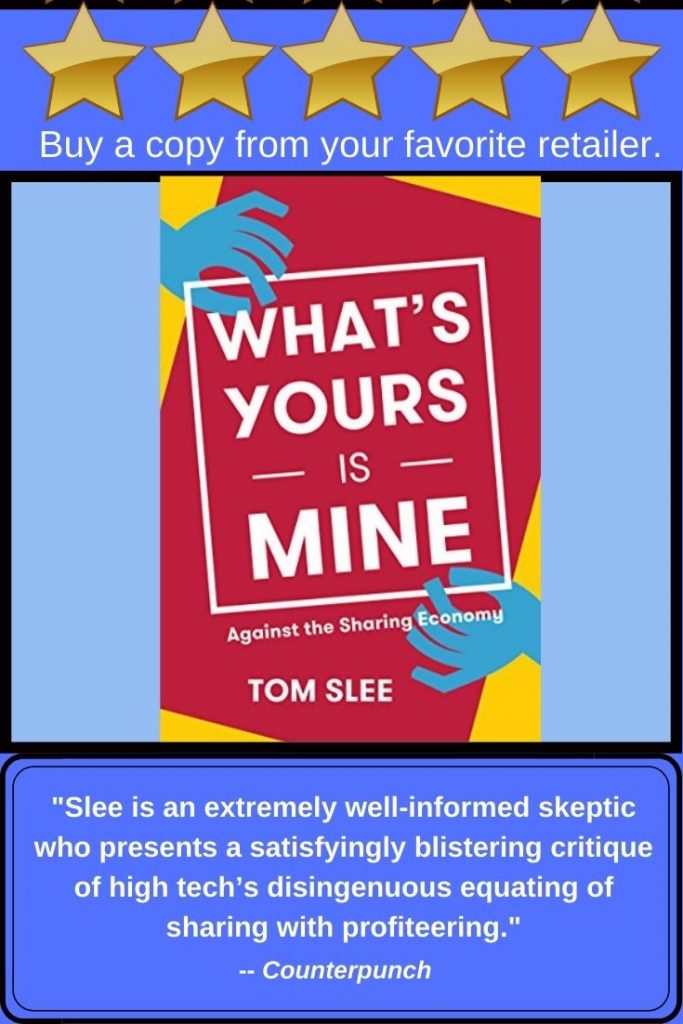 PPPS: And then there’s this. Slow down! 🙂 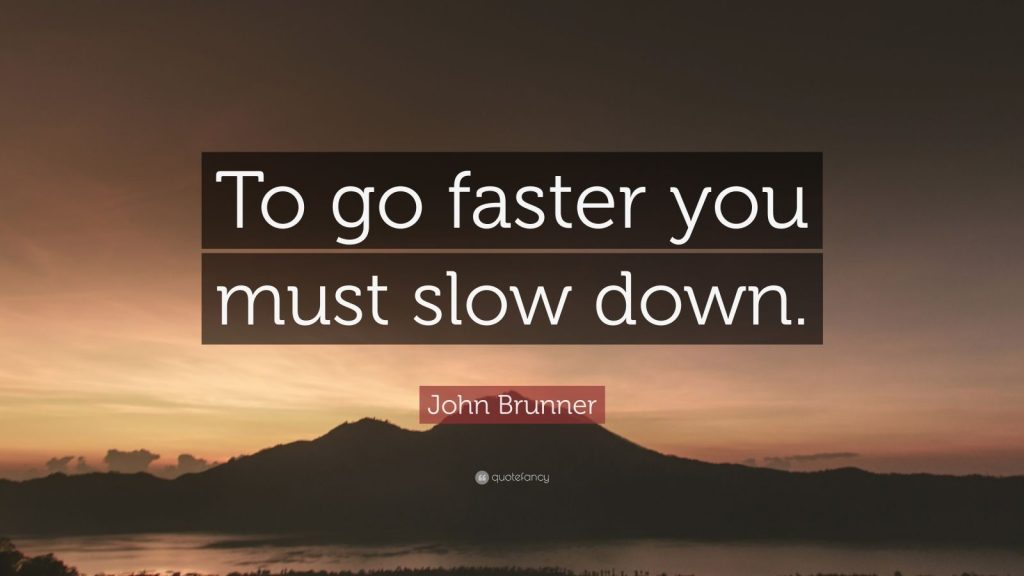