Hi! Today I’m going to talk about how sometimes you just have to get past your fears and do something.

This weekend, this past weekend, I just had the opportunity to pitch a screenplay to somebody and it was part of a workshop thing I’m doing. So, of course, I was slightly terrified, which is as it should be when you’re doing things like that, because really that kind of feeling of fear is what gives you the edge that you need to kind of be there and be sharp and be on it. So, I did it and the thing is I wasn’t as terrified as I would have been had I not done it before. Rather badly, actually. So this time I was a bit more prepared. I won’t say I was perfect. In fact, I’m slightly sick at the thought of having to look at myself doing it, but here’s the other thing I wanted to say.

This morning, instead of listening to anything else, I listened to what people had to say during this colloquium I was a part of. I was on a panel, Sisters in Crime. This was back in 2011. And the things that the other two people had to say were things I was most interested in. But then when I heard myself, I was like, I remember after I’d done it thinking, “Oh my God, I must’ve been terrible”. But I didn’t sound at all terrible.

As I was listening to myself, I said, “My God, not much about me has changed.” I still believe the same things. There are a few things I got wrong, but the essence of it was fine. And, well, there you go. I mean, it’s like, you don’t know what you’re capable of until you just do it. 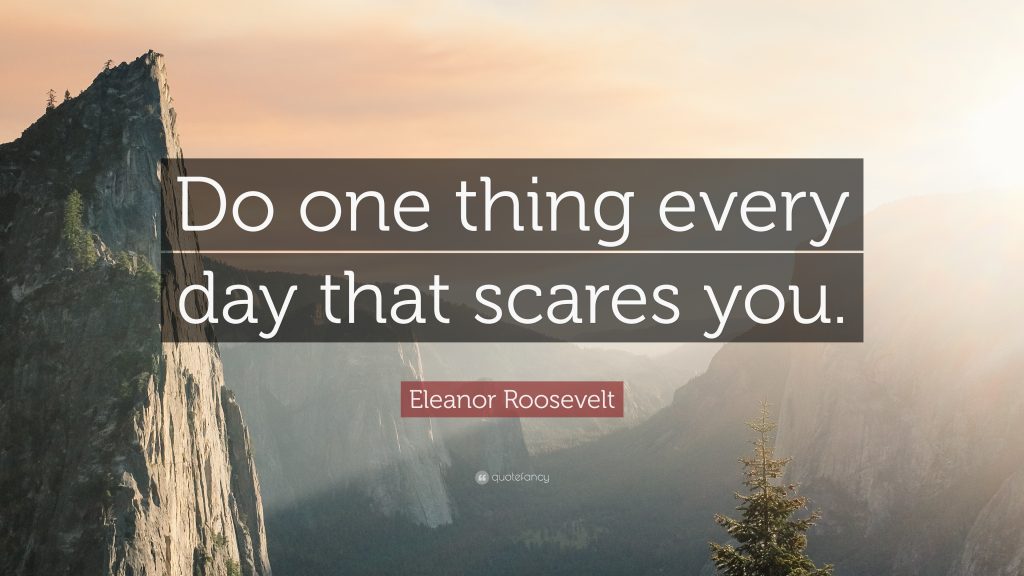 And I remember being terrified before doing that Sisters in Crime thing. So, believe me, I don’t appear terrified in that video, but that bit of scared gets you where you need to be really. You just have to get past the fear and just say, “do it,” “fake it ’til you make it,” or whatever thing gets you through, past that point. That’s it for me today. And I just wanted to say that.

Thanks. And I’ll talk to you later! 🙂