Hi everyone. Well, I, this weekend I just had to kind of shut myself down a little bit. I mean, I actually went online both Saturday and Sunday. Sunday, it’s like, I started to think, what am I doing? What am I doing to myself? I’m going online every single day doing stuff. And I, I don’t think it’s good for me to do that. So I am seriously, seriously thinking of taking a break either on weekends or just one day of the weekend from all online activity. Seriously. I’m, I’m just really starting to think about that. Except maybe Duolingo. <Laugh> I like keeping up my, I know it’s an algorithm, but you know, I can’t help myself. Yeah. I’m addicted. That’s what happens. You become addicted to this stuff and it’s like, you have to do it or you feel like, oh, you know, I haven’t done something that I should. No, you don’t have to.

Okay. But instead of going through this, which is now in my lap, which was in a pile of papers off to the side because my husband wanted to vacuum this area where I work and yeah. He, he took me to task. He’s like, “How can you work in a pigsty?” And I’m like, “Dude, I grew up in an apartment that was a pigsty.” That’s how I can do it. Okay? Really. Okay. That’s as personal as I get right now. Okay. Let me just read you the findings, the bottom line from the press release issued by the government:

I believe this is from the government. Hold on. It’s a press release about the judiciary committee. So … Washington DC. I don’t, I don’t know. It was printed out. Anyway, this looks as official as anything that’s out there.

“As they exist today. Apple, Amazon, Google, and Facebook, each possess significant market power over large swaths of our economy. In recent years, each company has expanded and exploited their power of the marketplace in anti-competitive ways,” said Judiciary Committee Chairman, Jerrold Nadler (NY-10) and Antitrust Subcommittee, Chairman David N. Cicilline, I think (RI-01) in a joint statement. “Our Investigation leaves no doubt that there is a clear and compelling need for Congress and the antitrust enforcement agencies to take action that restores competition, improves innovation, and safeguards our democracy. This Report outlines a roadmap for achieving that goal.”

After outlining the challenges presented due to the market domination of [these companies], the report walks through a series of possible remedies to (1) restore competition in the digital economy, (2) strengthen the antitrust laws, and (3) reinvigorate antitrust enforcement. (Hmm.)

The slate of recommendations include:

Looks like someone else out there is innovating, doesn’t it? Maybe the government. Hmm?

Ooh. That’s gonna affect a few people, a few companies I can think of. And a few publishers now that you come down to it and a few … let’s not go there.

In the interests of complete transparency, let me show you what Amazon is going to pay me [in total royalties] in August. [$8.23!! Wow! All UK sales, BTW!? What the … thanks, chaps/mates/people/UK algorithms—is that a thing?] There you have it. Isn’t that something? It’s less than what I made the first time I put a book on up on Amazon’s Kindle platform. Isn’t that something? And I’m a New York Times bestselling author. Go figure, huh? Okay. So yeah, the phone’s ringing and I don’t care. Yeah. So what else was I gonna say? I think that was pretty much it. That’s my transparency for the day and my statement for the day and, oh yeah, but that’s okay. Because, you see, last week I had no income and no expenses, so it’s all good. S’all good, man. Really? Yeah. S’all good man. What a great show, huh? Better Call Saul. Yeah.

Funny how in the beginning I could really relate with the guy. I mean, I, I had an office that was like down in a basement and wait, I wasn’t going to get personal here. Okay. Right. That’s for my memoirs. Right? Okay. So enough about that and enough about me, but you, you, you heard what I said, you heard what the recommendations are.

Now it’s gonna be interesting to see how companies respond with all this, the companies with all this money, you know, because you know, they can pour it all into legal actions to try to stop it. Right? And not to mention—what do you call ‘em—lobbyists, you know. Those people in Washington who go around doing what they do. Okay. So yeah. Enough about me though, right? And enough about this subject, because I am sick to fricking death of talking about it, to be honest. And if I have to hear one more person talk about how fucking resilient I am as an indie author, I am gonna jam my foot so far up their ass, they won’t even be worried about getting kicked off KDP <laugh> Thank you and goodnight. That’s it for me. I’m just a lazy bastard.

Ever forget the feeling you’ve been cheated? No, really. Honest.

All right. Take care. And I’ll talk to you later.

I’ll talk to you later. Assuming I don’t die first. I won’t. I hope. 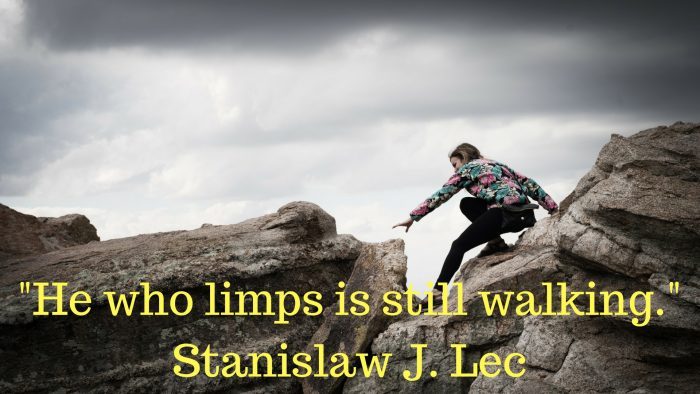 PS: Honestly, this really is just brilliant! 🙂 I can’t seem to stop watching it.