Okay, this is a bit of an exaggeration! 🙂 But only slightly. Dystonia really does wear one down a whole lot. Have you ever heard of dystonia? Did you know that it can occur post-stroke? Were you aware that absolutely no research is being done on post-stroke dystonia?

That’s because the condition is so rare. Lucky us, huh? 🙂 But I digress …

My vlog for this week is about how I got dystonia. And how I think it lit a fire under my ass to get my writing published.

Feel free to read along with the video! 🙂

I was at a writers group meeting at Barnes & Noble in my neighborhood and I go into the restroom, and I had a stroke and It was bizarre. I was only 48, and that’s not old. It’s certainly not an age when a person expects to have a stroke. Nobody expects to have a stroke. I guess. Especially me. I was very healthy. I exercised regularly. I still exercise regularly. And I had none of the risk factors.

But it just happened, and so I had this stroke, and I was in denial at the time. I couldn’t believe when somebody told me what was happening. I was, like, no. It can’t be. I’m too healthy for that, but it was it was true. And my whole left side was paralyzed. But I was fortunate to be able to get treated promptly, so that I could recover just like that, really. It was the same day essentially, and I thought that I had totally dodged a bullet, but I hadn’t.

Five or six months later, I started to notice that my left hand was pulling all the time and that my left foot was clenching in all the time. So … what I learned after talking to a neurologist was that this can develop—this condition can develop (dystonia) after a stroke for reasons that nobody understands. And that’s what happened to me.

One of the things I would like to point out is that I don’t think I would have self-published if I hadn’t gotten dystonia. Because I learned from this experience that no matter how healthy or sure of anything you think you are, something horrible can happen that can change your life like that.

And I thought you know, if I’m going to get my work out there, I’m just going to do it. Because I had been trying so hard. I had been writing to agents and publishers trying to get my book published and—here’s the irony—I had the stroke right around the same time that I found a small publisher to take on my first novel. But the publisher went under nine months after I signed with them, and I had the stroke at the same time, so it was like a double whammy and I went through a period of not knowing what to do.

And what happened after that I have no explanation for. I got lucky, I think, that I made the New York Times bestseller list. There was a certain amount of strategy involved, but not necessarily the best strategy for now. Things have changed considerably since 2011, and what I hope to do in other videos is talk a little bit more about writer lifestyle and how to deal with writing for a living when you’re dealing with something like a disability. So that’s it for now, and I’ll talk to you later.

Finally, I’ll share this with you, because I found it on Twitter and it made me laugh. 🙂 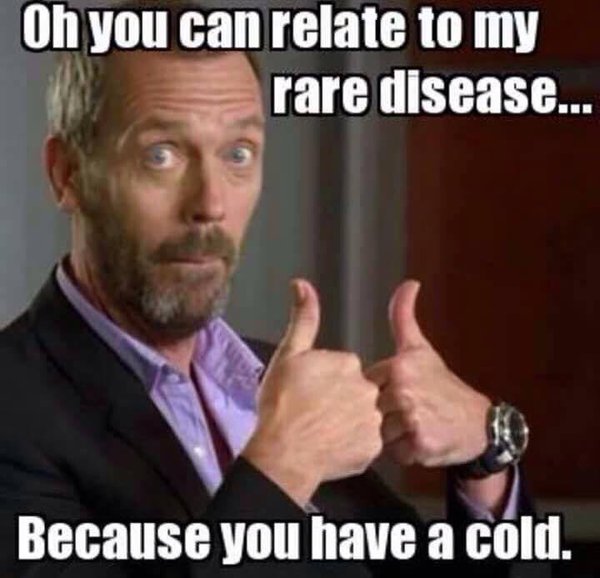 PS: If you’d like to check out my favorite video gear and other products I recommend, just click here to see my products kit (contains affiliate links)!