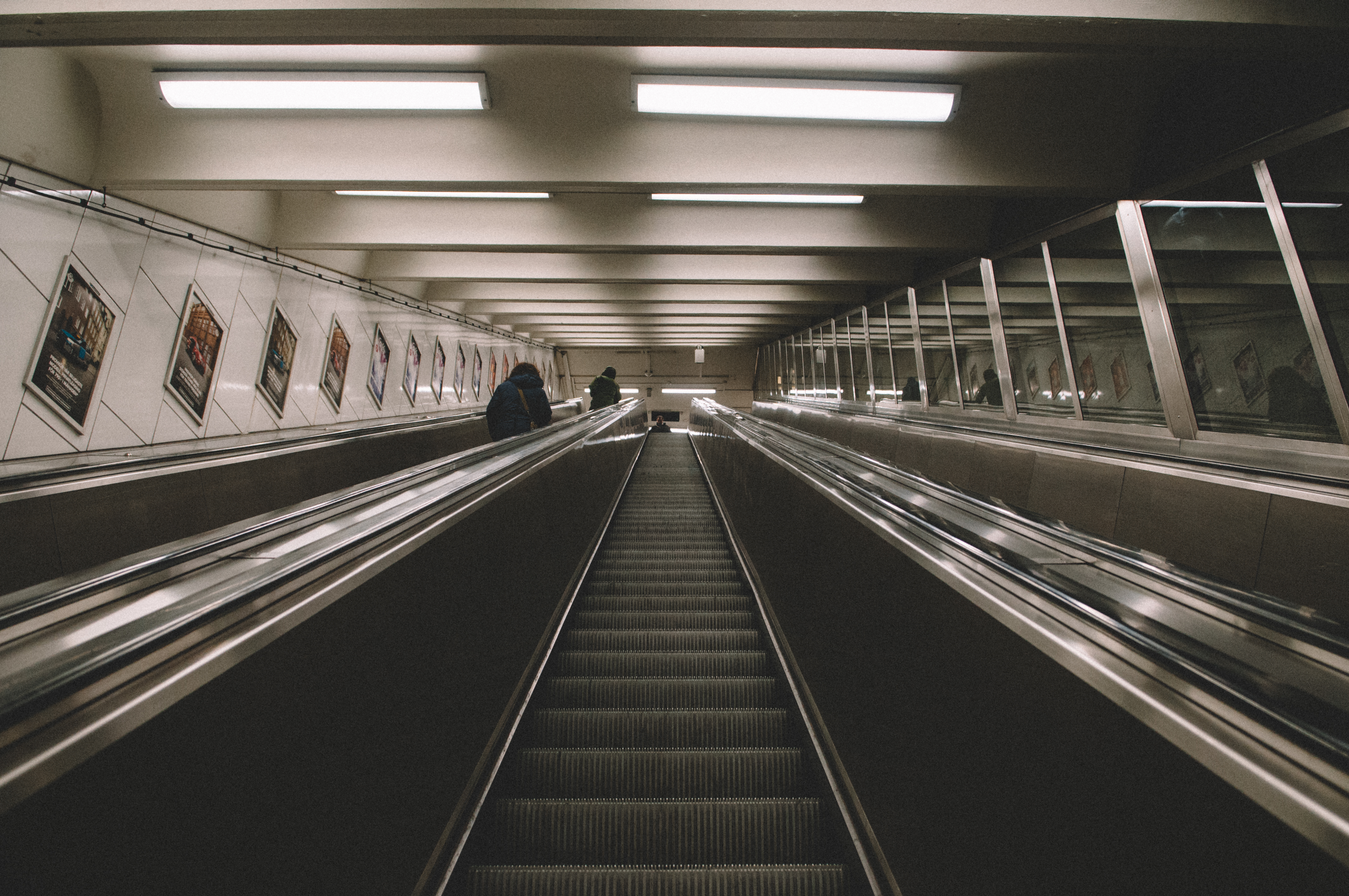 Here (once again) is the story about the funny thing that happened to me on the way to Crime Bake! Funny in retrospect, that is.

You know, it’s occurred to me that my life is filled with funny stories — in retrospect. This funny story took place on the way to a crime writers conference, which makes it appropriate for this blog. [This post originally appeared on a blog about my life as a crime writer. Okay?]

See, I heard shortly before the New England Crime Bake last November that it was a great place to meet agents. “Well, sign me up!” I thought.

So I registered at the last minute, flew up to Boston, and instead of taking a cab to the hotel (which was way the hell out in Dedham, a somewhat costly jaunt by cab), I decided to take the train. So I hopped a bus to the station and off I went. I was feeling pretty good — like an intrepid and frugal traveler — saving money on cab fare and learning about Boston’s commuter train system. What could be better, right?

I got off at the stop and made my first big mistake (well, maybe my second — after deciding to take the train, that this). I took the escalator down and ended up on the subway platform. Sensing something wasn’t right, I asked a bystander, “This isn’t where you catch the train to Dedham, is it?” She said no and that I needed to go upstairs. You know, where the train station was?

Oh, duh, I thought. Of course. So I rolled my bag to the “up” escalator — it was a single file escalator, probably really old — and I got on.

Now here’s where the story gets really hilarious. I got on the escalator, and when I tried to pull my bag on, it got stuck. So I’m yanking on this bag like an idiot, while the escalator keeps moving up. At some point, I really should have let go. That was my next big mistake. I didn’t.

The next thing I know, I’m falling face forward down the escalator steps. I tried to catch myself (with my one fully functional hand — the other one has dystonia and can’t grip worth a shit), but failed spectacularly. 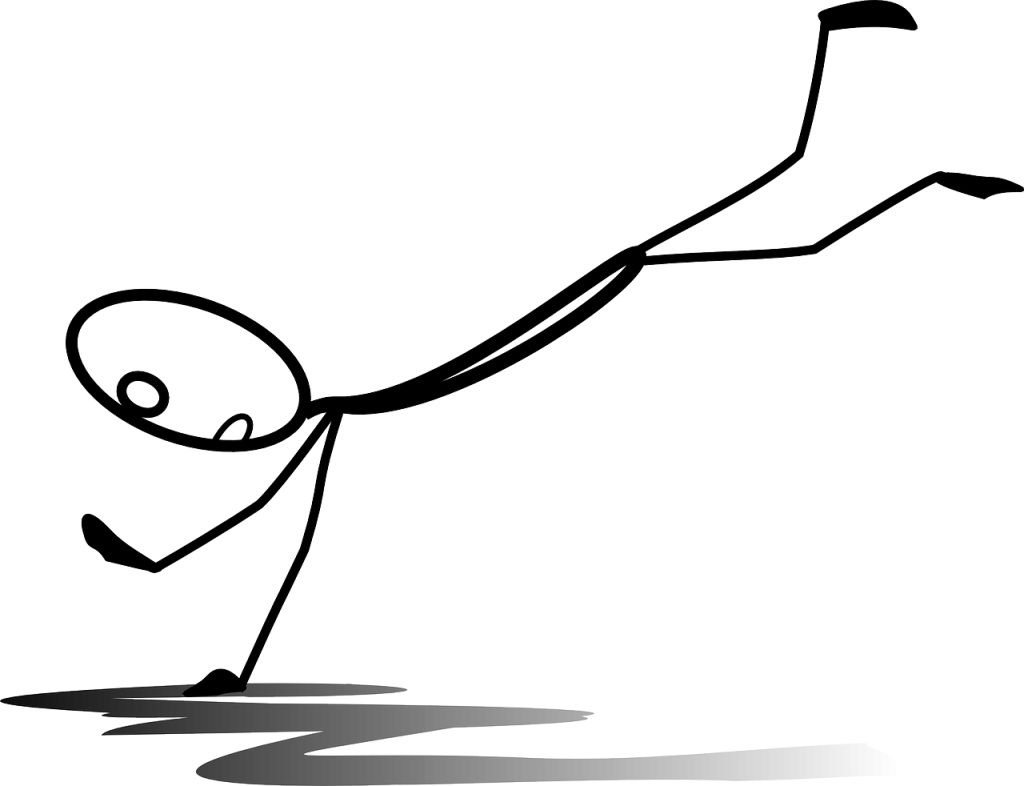 A word of advice: never fall southbound on a northbound escalator. Especially if it’s single file. You have absolutely no room to maneuver. Plus your center of gravity makes it almost impossible to get up. I suspect this is true even if you have two good hands. But having only one good hand sure didn’t make it any easier.

So there I am, flailing around on the escalator (hysterically funny — in retrospect) trying to upright myself, my bag a few steps below and blocking the guy behind me, who looked on with concern and might have been able to help if it hadn’t been a goddamned single file escalator.

The escalator managed to push me only halfway off, so my torso was still hanging over it. Now, an escalator essentially turns into a treadmill once you reach the bottom or top. So I ended up repeatedly trying to push myself up, only to have the escalator/treadmill continue to slide underneath me, which resulted in me repeatedly flopping face-down, as if I was bowing over and over. (Did I not tell you this was a hysterically funny story? Wait — it gets even better.)

So there I am, flopping around like a landed bass (using one and a half hands and trying desperately to keep my face from contacting the ribbed metal treadmill rolling beneath me), possibly managing now and then to shout, “Help!” or something like it. (Just to clue people in that something was wrong, cause I could have been doing push-ups, right?) I was beginning to think that I’d simply collapse — my strength would give out, I’d fall and my face would be torn to pieces by the sharp metal grooves endlessly running against it — when I heard a voice yelling, “I’m sorry! I’m so sorry” over and over. I wondered (in between wondering if I was going to live through the experience), what did this person have to be sorry about? I was the moron who fell on the escalator. It wasn’t his fault.

But the voice got closer and I realized he was standing behind me. So with all my strength, I managed to flip myself over and face him — careful to keep my head raised, so my hair wouldn’t get caught in the escalator. (That would’ve really sucked. That or having the escalator turn my face into hamburger. LOL!)

I extended both arms and he grabbed them and pulled me up. “Oh, thank God,” I thought.

I stood there, wearing an expression I’m sure was one of complete shock. Then, I thought, “My bag!” But it was there right beside me. How did it get there? I wondered. And what happened to all the people behind me on the escalator? Did they just, like, step over me and walk away? Did they really think I was imitating Jack Palance on an escalator? Or doing some kind of weird performance art?

I’d like to say I thanked my rescuer profusely. Even gave him a big hug. But I just stood there. I can’t even remember what I said. It’s all kind of a blur now.

So while I stared off in a zombie-like state, the man who rescued me stopped saying, “I’m sorry,” and instead was saying, “Calm down! Calm down!” (The story gets a bit surreal here–a bit more surreal, I should say.) He kept repeating those words –”Calm down! Calm down!” — and his voice got louder and louder as he did.

I just looked at him and said, “I am calm.” (With a calm that can only come from being in complete shock.)

But he got more and more agitated. Finally, he threw up his hands and blurted, “Don’t freak out because I’m black!” Then he scurried away. (Surreal, huh? Wait. There’s more. And really funny, too — in retrospect.)

I turned toward two guys standing near me and said, “What was that about?”

They both said — nothing. They just looked at me.

Okay, I thought. It was a rhetorical question. I didn’t really expect an answer, but I figured it might provoke a smile or a shrug.

Then I realized everyone getting off the escalator was looking at me. And, I mean they were turning their heads and staring at me as they walked by. One person actually stopped and said, “Are you all right?”

And I said, “Sure, I’m fine.” But then I realized, these people were staring at me for a reason. So something was very wrong. And they were all looking at my face. Oh, shit.

I began to paw my face rather frantically with my hand and a half. Okay, my nose is there. Check. No flaps of torn skin. Check. No grooves cut into my cheeks or forehead. Check. Then I touched my chin and when I pulled my hand away — it was covered in blood! 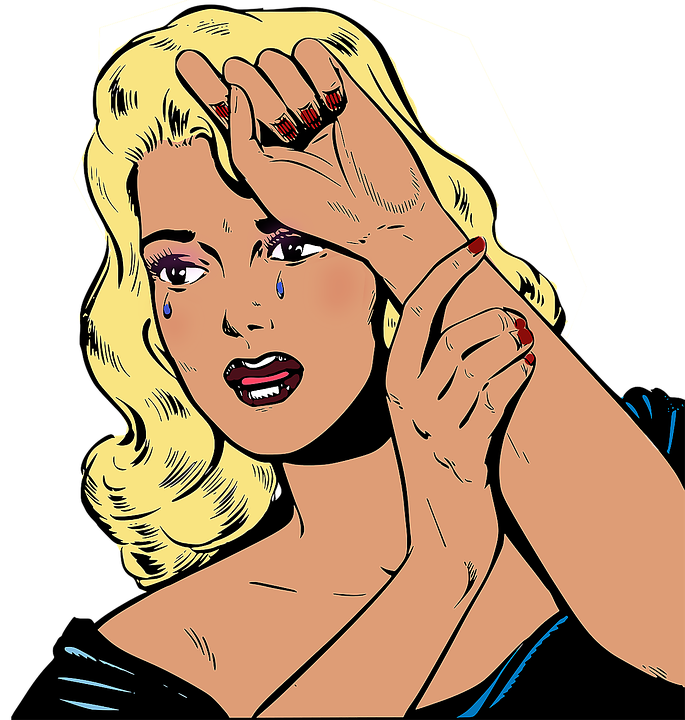 That’s when I started feeling kind of depressed. I moaned (to no one in particular), “I just want to get to my hotel.” (What a laugh, huh? But there’s more.)

Long story short (too late for that — ha ha): a really nice lady who worked for the Massachusetts Bay Transportation Authority let me use the bathroom to clean up. (I also got to sit in the booth with her while the EMTs came. Yeah, the EMTs.) I was — kind of a mess. Never mind the blood stains or the grease marks that looked like tire tracks all over my jacket, along with my favorite pair of jeans (which also suffered a tiny rip). I’d literally taken it on the chin, which was road-rashed with a vertical gash running down the middle. Now, facial wounds always look worse than they really are. The face tends to bleed a lot from small cuts. So when people told me, “You might need stitches,” I was like, no way. I’m not going to the hospital. So that was my answer when the question was posed by the EMTs.

Afterwards, I dragged myself upstairs (by elevator this time) to find the train, but I couldn’t figure out which track it was on. So I was like, “Fuck it. I’m taking a cab.” So after all that, I didn’t save a penny. It ended up costing me cab fare and a bus ride. Plus I almost had my face completely fucked up in the bargain! (ROFL!)

But wait — there’s even more.

When I got to the hotel and checked in, the people at the reception desk didn’t even blink when they saw me. You would’ve thought battered people who looked like they’d been run over by a truck walked into the hotel everyday. (I’m assuming they’re trained not to react when a customer arrives looking like holy hell. You have to admire their professionalism, really.)

I stumbled into my room, cleaned the grease off my jeans with regular soap and water, washed my face. Surveyed the damage to my chin. Oooh. Not terribly sightly — in fact, my appearance was less than ideal for meeting agents or anyone else. Oh, well — can’t be helped. Carry on! I figured I’d make a joke out of it. “A funny thing happened on the way here . . .” or “I write hardboiled fiction and I look like my protagonist on a bad day!” Ha ha! Laughs all around. These are things I might have said, if anyone had asked about my condition. But no one said a thing. (Which, in itself, seems rather hilarious — in retrospect.)

So there I was, my chin scraped raw, striped with a bright red gash (I was starting to worry that maybe I should have gotten those stitches after all), and no one said, “Were you mugged or something?” No. My chin became the elephant in the room.

I was self-conscious, at first, at the conspicuous absence of remarks about my sorry-looking face. But after a while, I just forgot about it (when I wasn’t near a mirror, that is).

Later — I think it was the second night — I was talking to Kate Flora (a great author, BTW — everyone should read her Thea Kozak mysteries) and Harlan Coben (that loud thunk you heard was the sound a big name being dropped). Kate said (with delightful understatement), “It looks like you had a little accident.” So, of course, I told them the story. And we all had a good laugh over it. (Because even then, it was funny — in retrospect.)

So — that’s it. That’s the story. Oh, yeah, I talked to several agents. Submitted to all of them. Still don’t have one. But I do have a tiny scar on my chin. You can’t see it unless you’re looking for it. I consider it my Crime Bake souvenir.

And to the guy who rescued me from extreme disfigurement by escalator — I just want to say “Thank you so much!” (If I didn’t already say it. Like I said, it’s all a blur now.)

And that was the funny thing that happened to me — in retrospect, of course.

This is why you should always travel with a handy first aid kit. And a strong stomach for when things go sideways. Or down! 🙂