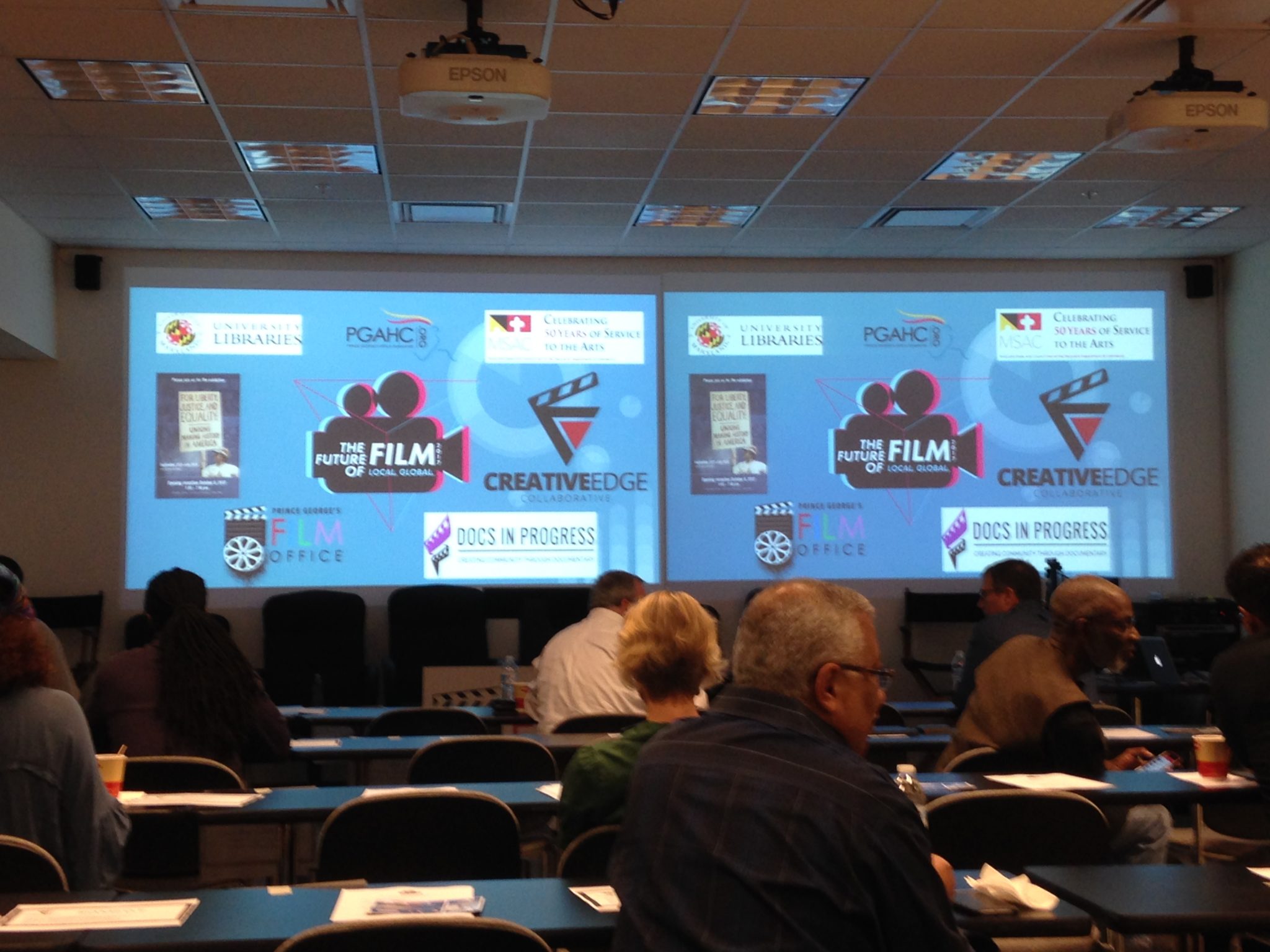 Early this month, I had the opportunity to attend the Future of Film conference at the University of Maryland, College Park. It was indeed an adventure in visual storytelling. And otherwise.

There were many panels on the first day I attended, which was Saturday. Here are a few photos of the speakers.

As a screenwriter, as well as a novelist, I’m extremely interested in visual storytelling. I attended the Future of Film conference two years ago and wrote about that here.

So … even though I’m primarily a writer and storyteller by trade, I attend these conferences because of the amazing possibilities for creative people online and off.

Here are some more photos!

As you can see I was actually there. And I’ve met Jack Gerbes at Script DC, too. We keep seem to running into each other. Amazing, huh?

I was so busy that by the time I went for coffee at the Student Union, the coffee shop had closed!

Nevertheless, I settled for lukewarm American coffee instead of the espresso I usually drink. Tragic, no?

I also got to hear a great panel on Alternative Careers in Film, TV, and Digital. That kind of thing really piques my interest.

And when I left to go home on Saturday, I noticed this awesome bookshelf in the Hornbake Library!

Naturally, the next day, I brought some of my books to add to the collection.

Then I rearranged the books. (I’m not that greedy about publicizing my work.)

Sunday morning started with a presentation from Docs in Progress about Representation in Documentary.

There was also a great panel called: Innovation Studio Accelerator Projects. This may be the only decent photo I got of that.

That dude on the left is Dewey Ortiz, Jr., who I’d met previously when he showed the awesome trailer for his film Comeuppance at the last Future of Film conference I attended! A really great film that you should check out!

I even managed to snag a selfie with Dewey Ortiz! A really great guy who contributed to my Crime Cafe boxed set and anthology crowdfunding campaign. Seems like ages ago! 🙂

Because it was Sunday, I assumed I would have to settle for American coffee again, So, imagine my delight when I ran across a student who told me I could find espresso at the McKeldin Library! 🙂

With little time to spare between sessions, I set off on a mission to find this hidden treasure!

I made my way to McKeldin Library …

Before I entered, I noticed students still place a hand on the head of Testudo, the terrapin statue that sits before this library. I guess some traditions never die!

Then, I entered the through the front door, turned right, and look what I found!

And check out how they arranged the fixings!

I wonder how many students can appreciate that. Or even remember times like these.

The whole experience was so overwhelmingly awesome, I kind of  stumbled after failing to notice the step down when leaving the library. I was fine, but I did spill half my coffee. Oh, the joys of living with dystonia are many! 🙂

Before I returned to the conference, I made sure to place a hand on Testudo’s head.

And I made it back with no problem.

A totally awesome film that I reviewed here!