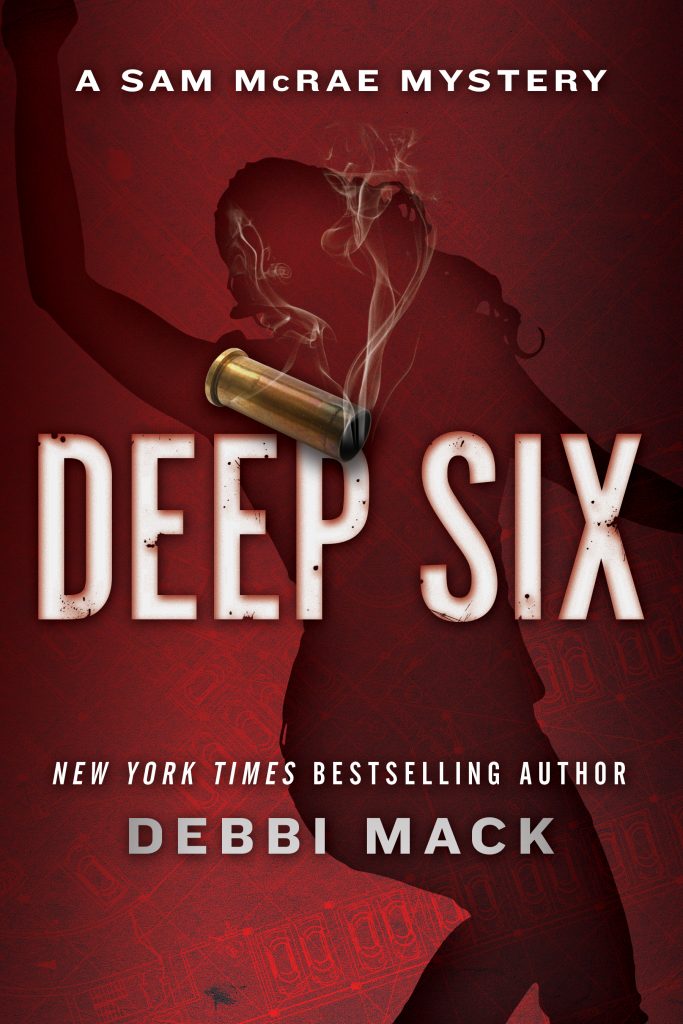 Would you risk your life to seek justice for a friend?

Maryland lawyer, Stephanie Ann “Sam” McRae, is strapped for cash, when an old college friend asks her to help a citizens group fight a controversial development. Though loathe to take a zoning case, Sam is persuaded by the unusually high retainer, but the matter becomes personal when Sam finds Linda murdered.

Finding the citizens group itself sharply divided, Sam investigates, needing to keep the client but not sure who to trust. When her investigation reveals a tangled web of lies, political corruption, and double-dealing, the search for Linda’s murderer puts Sam’s own life in danger.

“Debbi Mack is back with another installment of her Sam McRae series. One thing you can always count on from Mack is sharp, realistic dialogue, and in DEEP SIX, she once again delivers. Sam McRae is a tough lady, but an everywoman, as well. … From the opening line of this novel to its satisfying ending, Mack delivers a great, gritty, gorgeous mystery.”
— Frank Zafiro, author of the River City series and other novels

“When a simple zoning case escalates to betrayal and murder, Sam’s back is to the wall as she wonders who to trust. When people start dying, she must quickly uncover the truth before becoming one more victim. With long odds against her, Sam desperately navigates a complex web of deceit in this tense action tale.”
— Dale T. Phillips, author of A SHADOW ON THE WALL

“Sassy, savvy Sam McRae is back and as determined as ever to see justice done. DEEP SIX opens with a gripping hook and delivers a carefully paced legal procedural leading to a satisfying, thought-provoking ending. A read you won’t want to miss.”
— Donna Fletcher Crow, author of A NEWLY CRIMSONED RELIQUARY, The Monastery Murders

“Fans of tough-talking, no-nonsense Maryland attorney Sam McRae can rejoice because she’s back in her fourth legal thriller, DEEP SIX. … Peppered with snappy, noir-tinted dialogue and Sam’s sardonic narration, DEEP SIX is a perfect whodunit for a cozy night’s reading in any season.”
— W.D. Gagliani, author of Bram Stoker Award finalist WOLF’S TRAP and four other novels in the Nick Lupo series